The Ultimate Christmas Playlist, Track 3 . . . The gospel of Luke weaves four songs into the stories that tell the events of Christ’s birth.    These songs are the definitive Christmas soundtrack.  Many people wonder about the angels’ song of peace on earth when our world is at war at Christmas time.  The peace the angels’ sing […]

The gospel of Luke weaves four songs into the stories that tell the events of Christ’s birth.    These songs are the definitive Christmas soundtrack.  The tongue tied priest Zecharias bursts forth in song about a child that is not his own.  His song tell us that God sent His best Warrior to pay our ransom.

The gospel of Luke weaves four songs into the stories that tell the events of Christ’s birth.    These songs are the definitive Christmas soundtrack. The virgin Mary’s song helps us understand that while God is mighty over us, He still remains mindful of humanity. 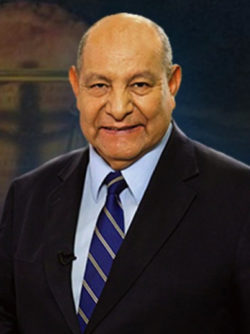 The 100-Year Centennial Celebration culminates in a worship service of Song & Praise! Musical celebration includes special readings from the Bible and ministry in music. Featured artists include Meno San Cielo from Mount Pisgah Academy. We thank God for blessing Columbia First SDA Church for the last 100 years and look forward to fulfilling His […]

Give Thanks: Loving Then, Loving Now, Loving Forward

37 miracles are recorded in the gospels but only two times are we given instances of Jesus receiving gratitude.  Gratitude is worship.  Slow down and appreciate the Lord by showing gratitude to those He has used to love you in your past, present, and those loving the next generation.

Rejoice: The Church Will Always Prevail

The Columbia First SDA Church rejoices as its 100 years of ministry demonstrate that the gates of Hades will not prevail against a church and members dedicated to the Great Commission.

Pastor Jason shares his testimony of how He learned to trust God and discover that He is faithful.  While as a boy Pastor Jason was told God’s story (what the Bible says), it was the personal testimonies of other people sharing their story (how God is faithful to me), that helped God’s story become Pastor […]

Lessons on Leadership: What Jesus Might Say to Ben Carson

Full Title “Lessons on Leadership: What Jesus Might Say to Ben Carson and Other Adventists Concerned about the Republic.” Dr. Ben Carson has said this election will determine whether America goes off of a cliff? Bible prophecy predicts that the Republic will fall before Christ’s return. How should Christians lead by example? Should we become […]