A “Come-As-You-Are” Production… We’ll meet you there!

Veteran’s day originated as Armistice Day on November 11, 1919, the first anniversary of the end of WWI. Congress passed a resolution in 1926 for an annual observance and in 1938, November 11th became a national holiday. In 1954 President Eisenhower changed the name from Armistice Day to Veteran’s Day. This day is to pay tribute to ALL American Veterans, living or dead, but to especially give thanks to living Veterans who served their country honorably during war and peacetime.

Veterans can get a free meal at several local and national eateries,

but we want to give you much more:

On top of a FREE MEAL there will be: FREE CHILDCARE provided by the Children and Youth Ministry Team of Columbia First SDA Church, FREE ENTERTAINMENT from the GIs of Comedy, and a PRIZE DRAWING to which ALL proceeds go to the Hidden Wounds Organization. This is a great opportunity to come together with other Veterans and walk away with a better sense of who is in OUR Veteran community. Come sit with your Brothers and Sisters In-Arms for a night of celebration to honor YOU – America’s Veterans, for your patriotism, love of country, and willingness to serve and sacrifice for the common good.

Hidden Wounds is a non-profit organization headquartered in Columbia, South Carolina, whose mission is to help heroes battle the invisible war at home. Our mission is to provide peace of mind and comfort for military personnel suffering combat stress injuries such as PTSD, TBI and other psychological postwar challenges. We provide immediate and emergency psychological treatment for veterans and military personnel suffering from combat stress injuries until such time as the Veteran’s Administration or the Veteran’s Affairs agencies are prepared to deliver long-term services to our clients through governmental programs. Hidden Wounds also seeks to save lives through fundraising efforts that allow Hidden Wounds to provide counseling and act as a liaison between counselors, veterans, and families, and to provide publicity to dispel fear, lower the stigma, and grant the will to overcome emotional and psychological challenges to our military heroes. 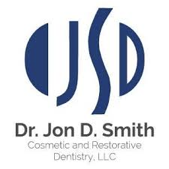 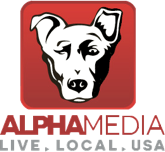 Jody Fuller is a stand up comedian, speaker, writer, and soldier with three tours of duty in Iraq. He’s also a 7-time published author in the “Chicken Soup for the Soul” series. He currently holds the rank of Major in the US Army Reserves. Jody is also a lifetime stutterer. After a 4 year stint as an Army medic, he returned home to earn a Bachelor’s Degree in Business Administration. After the tragic events of 9/11, Jody made a decision to return to the Army by way of Officer Candidate School (OCS) at Ft. Benning, GA. In November 2003, he deployed to Iraq for one year as a platoon leader with the 296th Brigade Support Battalion of the Army’s First Stryker Brigade. In 2006, Jody left active duty Army to join the Alabama National Guard and has since deployed to Iraq two additional times. As of 2014, MAJ Fuller continues to serve.
He’s toured extensively with the GIs of Comedy on both state-side and overseas tours including in 2012 on the LOL Comedy Tour to 15 Army installations, and in 2014 for Armed Forces Entertainment to Italy, Jordan, Egypt and Israel. GIs of COMEDY